Parents need to be involved in their kids school education

Dads in Bad Marriages are more critical, give less positive feedback, and are more withdrawn towards their kids….

For the dads messaging me about ungrateful, unpleasant, & b***hy wives 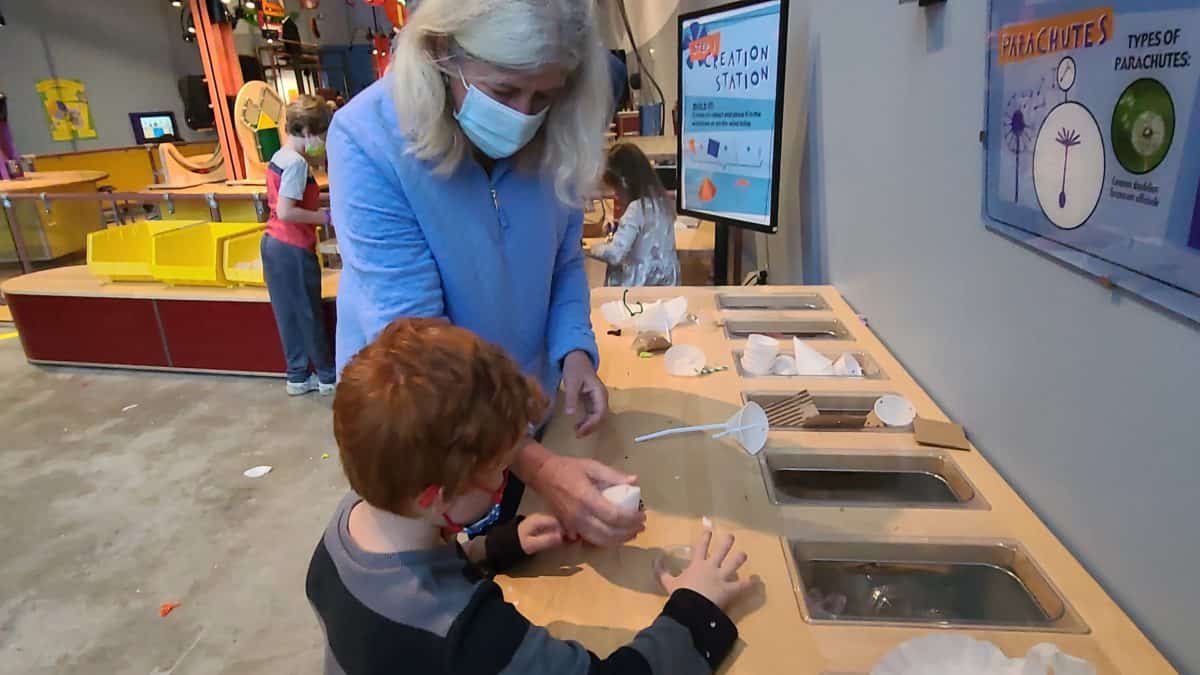 Tons of media coverage of this lately. Frankly Parents have too much faith in the school systems. Those school systems are not that great. They really are not. Even your states #1 school district in the terms of ranking in the worlds education system is middle of the pack.

The single most important aspect of your child’s education is your involvement. If you got a public or private school route, then you can not close your eyes and trust everything is fine. It is a critical tactical move to stay involved in your kid’s life. Meet the teachers and administrators, know your kids friend and social circle, stay aware of what they are learning, inject your opinions, values, morals, and integrity into the conversation.

Sending kids to school is transferring a ton of influence into the teachers’ hands and your child’s peers hands. They spend 6-8 hours a day at school. Factor in travel, sports, sleeping, getting ready, tv, phones, etc….who really spending more active time talking to your kids. You or the schools?

Sure they learn (we hope) math, science, English…..but more importantly they are picking up social behaviors, morals, values, integrity, thought processes from people who are not you.

You need to inject yourself into the conversation. You need to have a substantial impact on your child’s life. Okay you don’t NEED to. But you really should!

I love the fact that we pulled out of private schools and opted to homeschool. It made life much more enjoyable. Initially because it freed up so much time that is wasted in school. They create so much busy work and just occupy time till the bell rings or till other kids catch up. Really its more of a daycare than a school. At home school the lessons are knocked out in just a couple hours. (That ebbs and flows)

Time was our greatest benefit initially, especially with us owning our own business. Tremendous freedom in schedule and spending time with each other.

Control of Influences is our next greatest benefit. Strangers are not injecting their values, ethics (or lack thereof), morals, politics, and opinions on our kids day in and day out. We stay incredibly social, lots of sports, lots of hanging out with other families, lots of extracurricular activities…..but we are always involved in those too. We are there. We are present. We hear and see what’s going on and can bring up our conflicting views on site or later at home.

And best part is education has not suffered in fact its improved. The kids that can fly thru…well they fly thru…when there a challenging topic we slow down and make sure it gets understood. 1 on 1 education is far better than 35 to 1 or even 15 to 1. And it doesn’t take a rocket science to read the teachers manual and see how to teach to the kids.

I’m super happy with home school because it gave us the best of all worlds. Freedom, time, influence, and better education than even the best private schools.

Virtual schools I don’t know a ton about. What I have heard from parents is it is incredibly frustrating. Its time consuming, clunky to work with, and unreliable. With those kind of reviews I would recommend homeschooling over virtual.

For those that have a 2-income household that can’t afford private school or loss of income. I personally would make a sacrifice. And that sacrifice would not be letting schools raise my kids. I would have mom or dad shift their career focus so they could stay home more. That might mean changing schedules, changing positions in the company, working from home, or quitting altogether. I would rather make less money and cut my lifestyle (smaller house, older cars, less vacation and eating out) than feel stuck into sending my kids somewhere I did not want to send them.

The media report I have read lately are concerning. There seems to be a very real opinion from government officials (which runs the school) that parents should be less involved and that the government (which is not exactly known for its ability to do thing well) should have full say in how and what is taught in school. I have not seen a government entity prove itself competent. They are not great at building infrastructure, their red tape is infuriating at every level, they are slow, over budget, behind, and by most measurements inept at the task they are trying to perform. Now I probably lean more libertarian than some of you so Ill plead slightly biased…but you would be hard-pressed to show me an example of an entity of our government doing something well, ahead of schedule, and under budget.

This is a long-running problem. Schools have been the focus for decades. And the solution from our leaders is always we need more money. Right? If they had more money, they could teach our kids better. The US spends way more per student than any other country. I think the last stat I saw was we spend 20% more than the #2 country and twice as much as the average. And yet US education is still the middle of the pack in worldwide education.

With a lot of parents upset with schools. I genuinely don’t think you will win the battle long-term. If you are mad at the schools over how and what they teach, then pull your kids out. Schools are such a big decision because they take up so much time in your life and have so much influence on your kids. If you don’t like them, take that seriously. You can be the counterweight if you are involved, or you can pull them out. Of course you could be normal and do nothing but complain……

Hey just in case anyone is upset with me I should point out I went to public school. All were public but a few years I did in private. I think it helped that I went to almost 20 different schools. I don’t think they are all bad. I would still advocate for my kids to do sports in the public school system while homeschooling. That’s allowed in Florida. I just know my last couple of years I barely attended school and still passed. I wasn’t challenged. I could game it. I want a better more complete education for my kids.

That way when they write their fans don’t make fun of their grammar!!

I did a quick video on this subject on our 100% Dad youtube page https://www.youtube.com/watch?v=hAIJwXI38BY 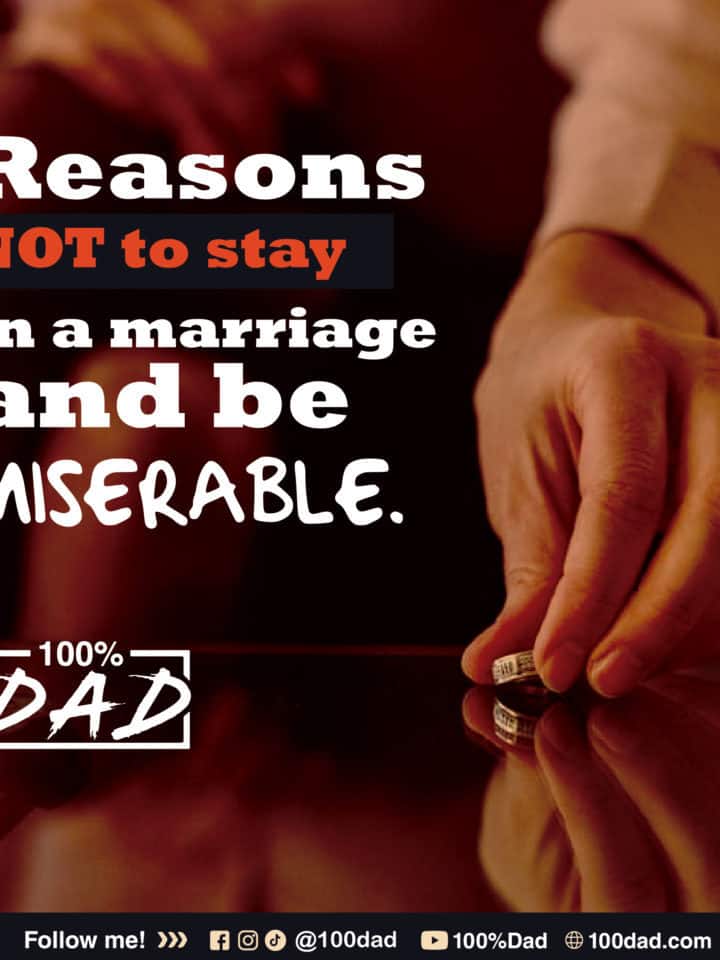 Dads in Bad Marriages are more critical, give less positive feedback, and are more withdrawn towards their kids…. 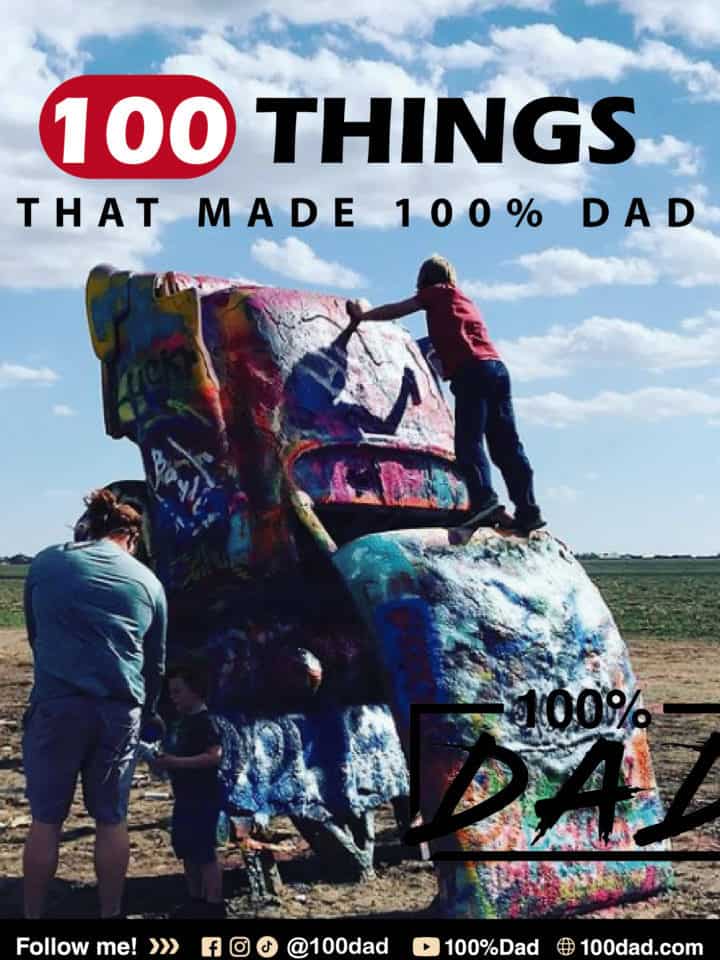 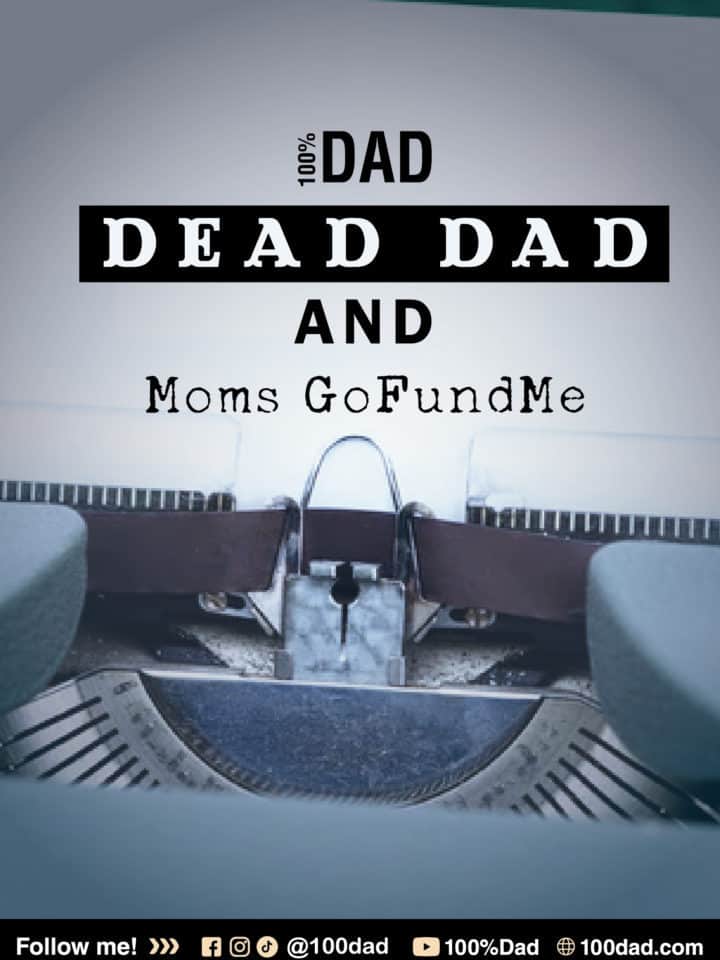